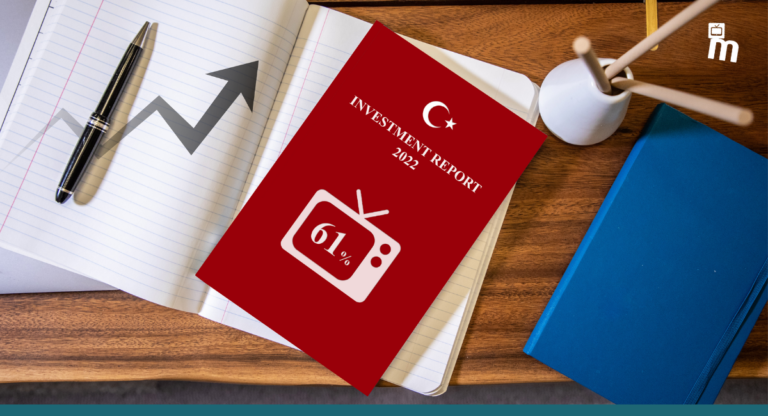 According to the report, digital advertising investments in the first half of 2022 grew by 78 percent compared to the same period of the previous year. Investments in video content increased by 123 percent to 34.3 percent, while social media investments accounted for 43 percent.

According to the report, programmatic campaign management was preferred in 74 percent of digital advertising investments. When sorted according to the type of device on which the ad was published, mobile devices were the number one choice of advertisers with 76 percent.

The report also shows that radios had a successful first six months of 2022. The total investment in radios increased by 93.5 percent compared to the same period of the previous year and was reported as 317 million TL (~$ 17 million). Cinemas, on the other hand, continued their activities at full capacity since January and entered the recovery process.

Although the growth in print media was reported as 25 percent, it was the medium that lagged behind among offline media. Although investments in magazines and newspapers reached a total of 249 million TL (~$13,4 million), projections suggest that circulation will continue to decline in the coming periods.

This report is originally published on Deloitte’s web page in October 2022 under the title of “Türkiye’de Tahmini Medya ve Reklam Yatırımları – 2022 İlk 6 Ay Raporu”. You can access the original report here.

TIAK Summer 2022 statistics recap: What happened amongst the competitors of Turkish TV market?

October 3, 2022 No Comments
Go to Top
We use cookies on our website to give you the most relevant experience by remembering your preferences and repeat visits. By clicking “Accept All”, you consent to the use of ALL the cookies. However, you may visit "Cookie Settings" to provide a controlled consent.
Cookie SettingsAccept All
Manage consent